olchak: The Night Stalker only ran for a single season with 20 episodes. However, that didn’t stop the show from gaining a cult following that still exists today. For a show that only ran 20 episodes, they sure were able to pull some big names as guest stars, including Phil Silvers, Erik Estrada, sportscaster legend Dick Enberg… even Creed Bratton, who would later gain widespread fame from The Office had a tiny uncredited role.

M*A*S*H, however, had 11 seasons. Perhaps it’s inevitable that there would be some overlap. Some of these actors had already been on the show by the time they appeared on Kolchak. Others wouldn’t turn up until years later.

Here’s nine faces on Kolchak you might recognize from the 4077th. 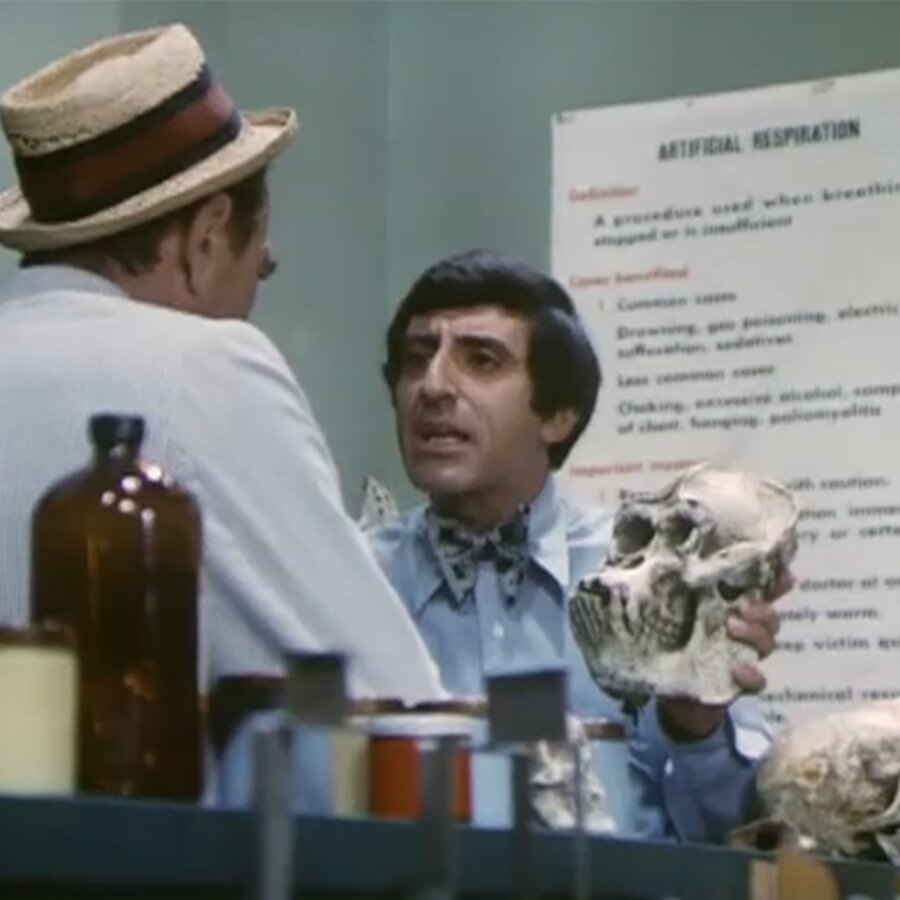 On M*A*S*H as: Maxwell Klinger

Jamie Farr won hearts as the eccentric Maxwell Klinger, most famously known for wearing women’s clothing in an effort to get sent home on a Section 8. In Kolchak, he plays an entirely different character: Jack Burton, a public school teacher who bemoans that his students call him “Bones Burton” behind his back, due to his hobby of collecting bones from around the world. However, when a prehistoric ape-man is rampaging around Chicago, Burton gets to use those bones to explain to Kolchak why an ordinary ape couldn’t be committing these murders. 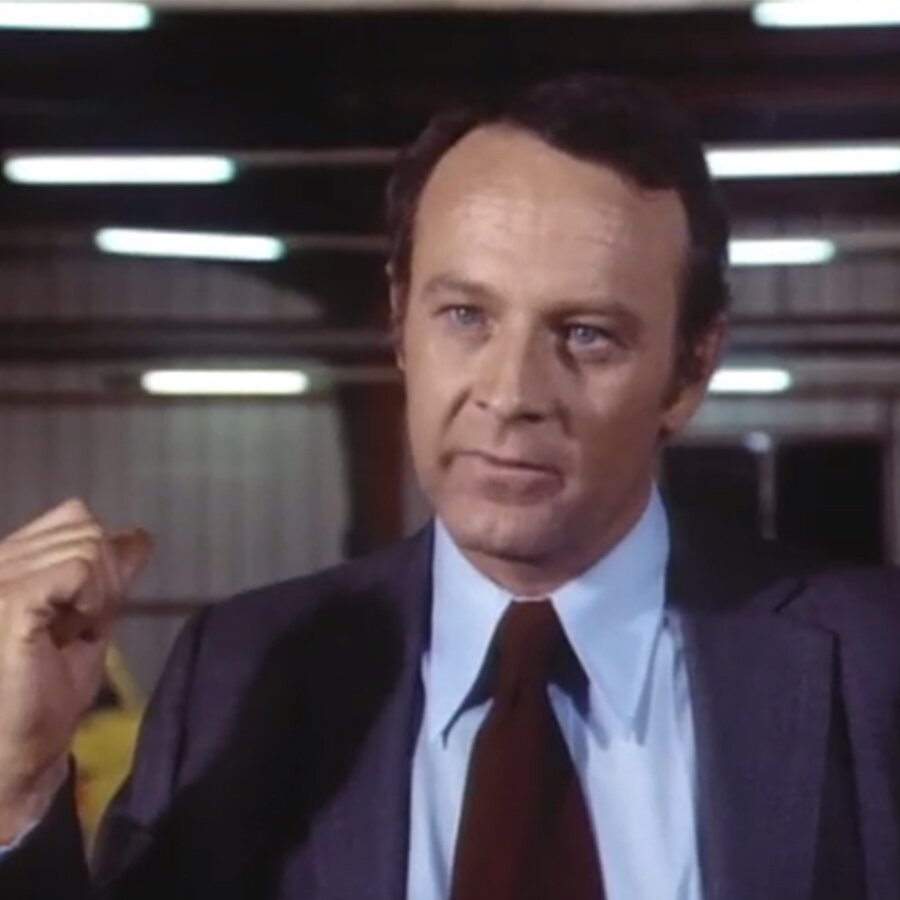 On M*A*S*H, Burns antagonized the camp with his incompetence as a surgeon and his underhanded efforts to gain control of the camp. On Kolchak, Linville plays newly-promoted Captain Jonas, who says that unlike his predecessors, he doesn’t plan to allow Kolchak any access to information. This culminates in Jonas snarling about Kolchak’s “morbid, macabre babblings”, to which Kolchak tells him he isn’t fit to captain The Rockettes. 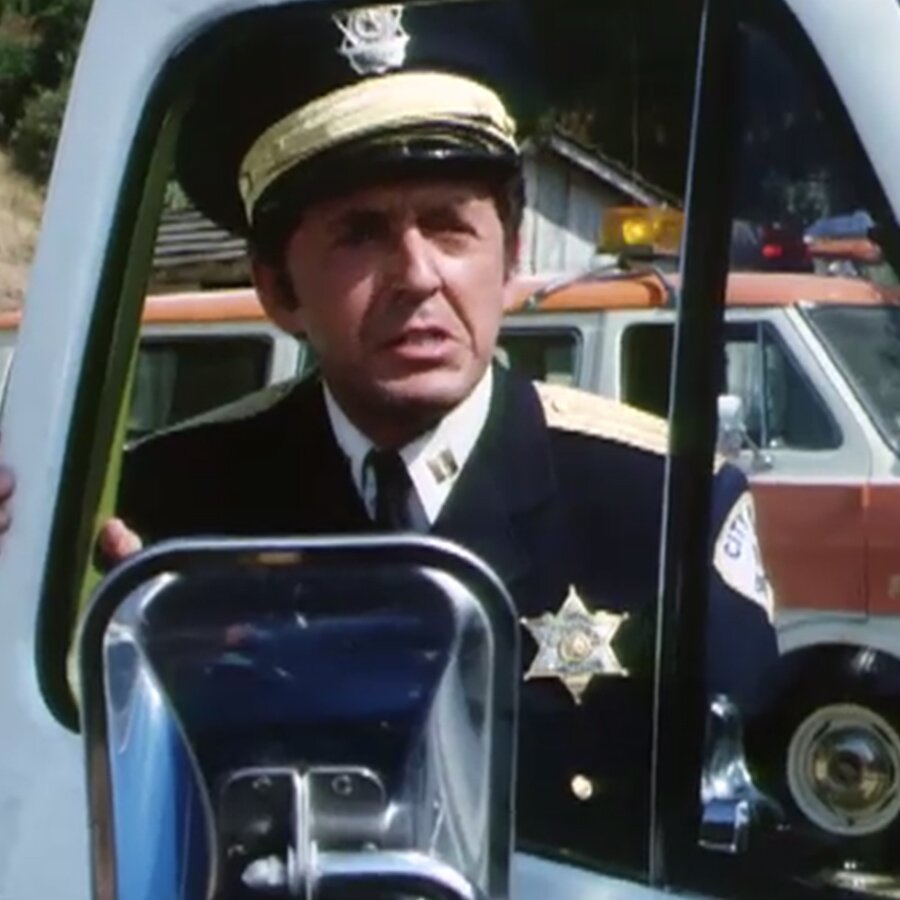 On M*A*S*H as: Col. Victor Bloodworth

On M*A*S*H, Aidman frustrated Hawkeye with his cold-blooded casualty predictions and threatened to court-marshal Hawkeye after their confrontation escalated to shoving. On Kolchak, he plays Captain Linwood, who naturally scoffs at Kolchak suggesting that a zombie is reponsible for the rash of murders… but he may be targeted by the zombie himself. 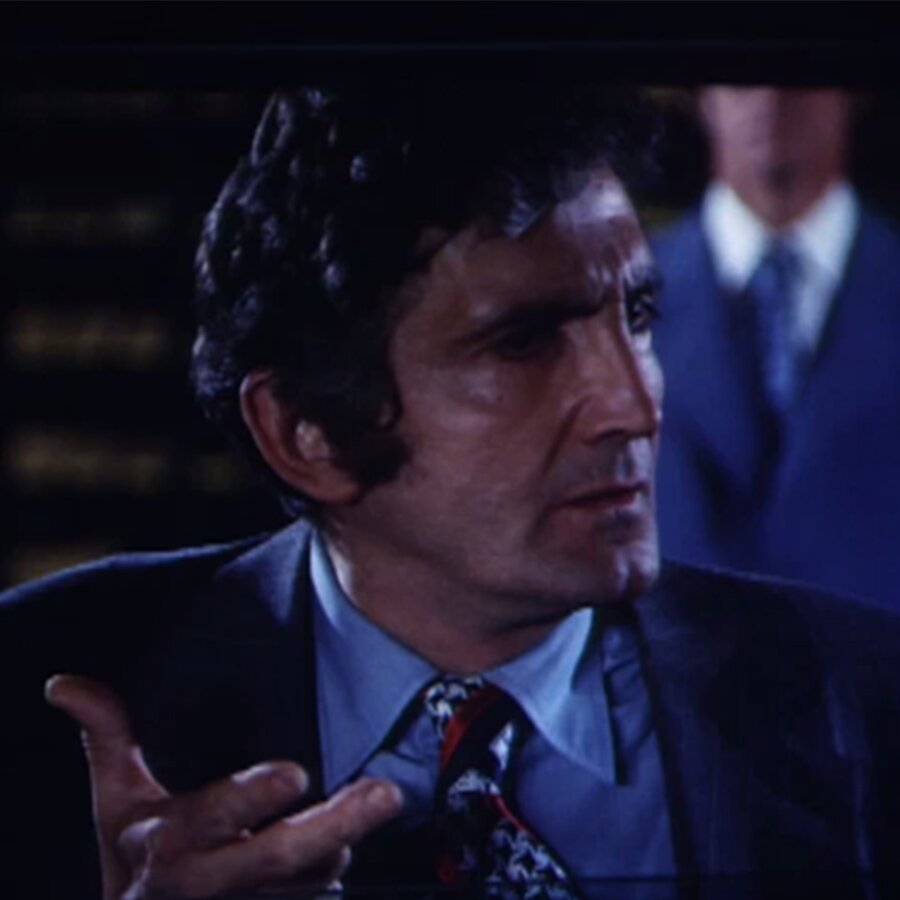 On M*A*S*H, Bisoglio turned up in multiple episodes in the mess hall. In “The Life You Save”, Hawkeye tried to teach him how to make french toast. In “A Holy Mess”, we watched Pernelli get upset as everyone wanted their eggs made to order in a special way. On Kolchak, however, Bisoglio plays a very different character as an Italian mobster, who Kolchak very narrowly escapes thanks to the titular zombie. 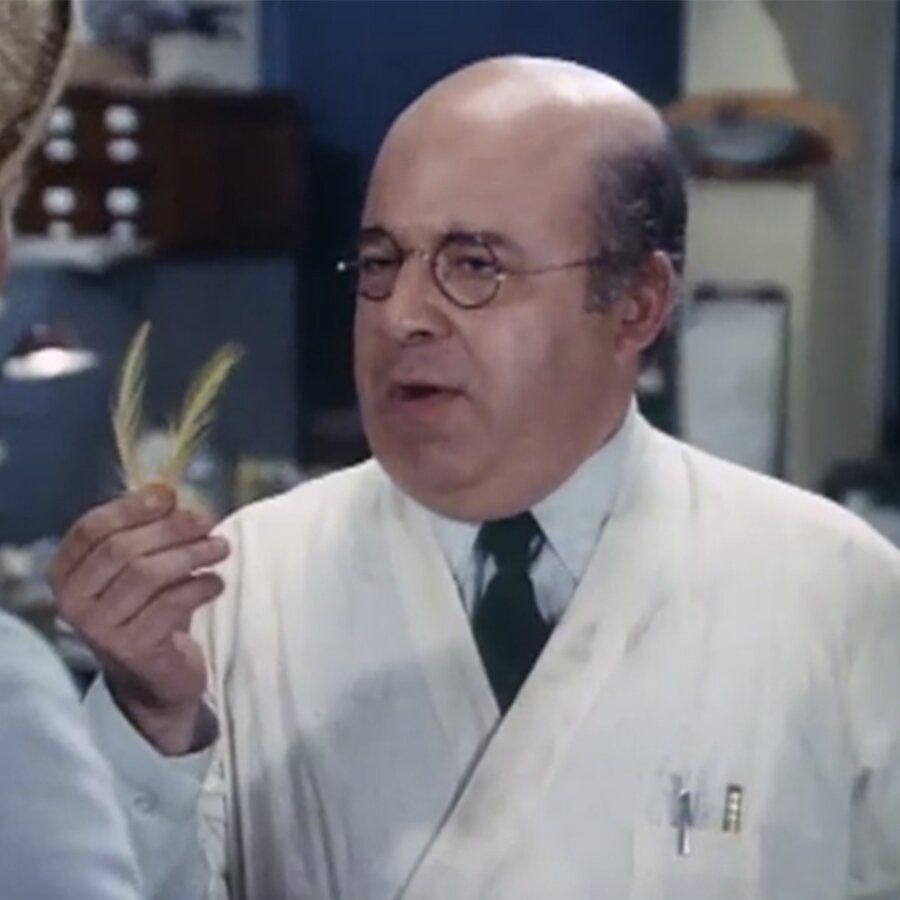 You probably know Booke best as Boss Hogg from The Dukes of Hazzard. On M*A*S*H, he turned up in two episodes, one of which was the first appearance of Klinger. During “Chief Surgeon Who?” Barker is brought into the camp on the request of Burns, only to observe the camp in its typical antics… until an emergency happens and they snap into action. On Kolchak, Booke is a proud taxidermist who helps Kolchak identify some mysterious feathers, and gives him some insight on the mummification process. 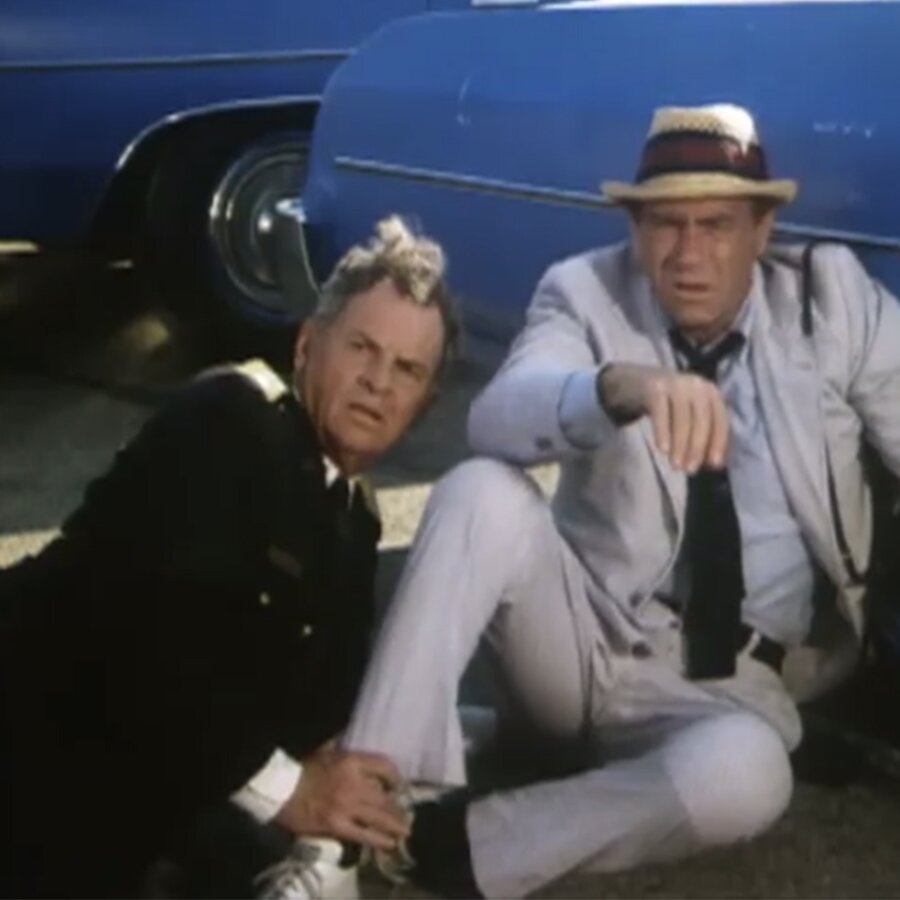 As “Iron Guts” Kelly on M*A*S*H, Gregory shared a night of passion with Margaret that ended unfortunately. On Kolchak, as Captain Quill, he found himself involved with a government cover-up of an extraterrestrial nature. 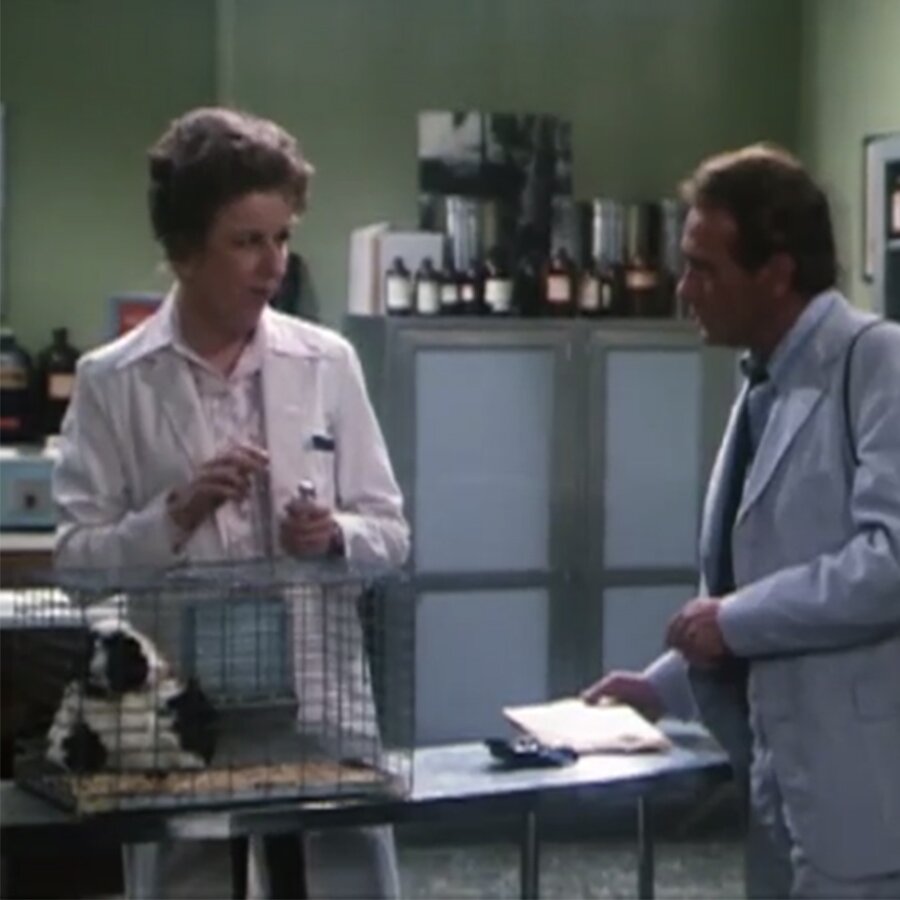 On M*A*S*H as: Colonel Reese

Probably best known from Sister Act and White Christmas, Wickes stopped by the 4077th to observe the nurses, but ended up creating friction in the camp by setting her sight on Frank Burns. In Kolchak, she plays a zoo veterinarian who is initally reluctant to help Kolchak, but is won over by the promise of a Cubs world series ticket. In 1974, that would have been a pretty incredible thing. 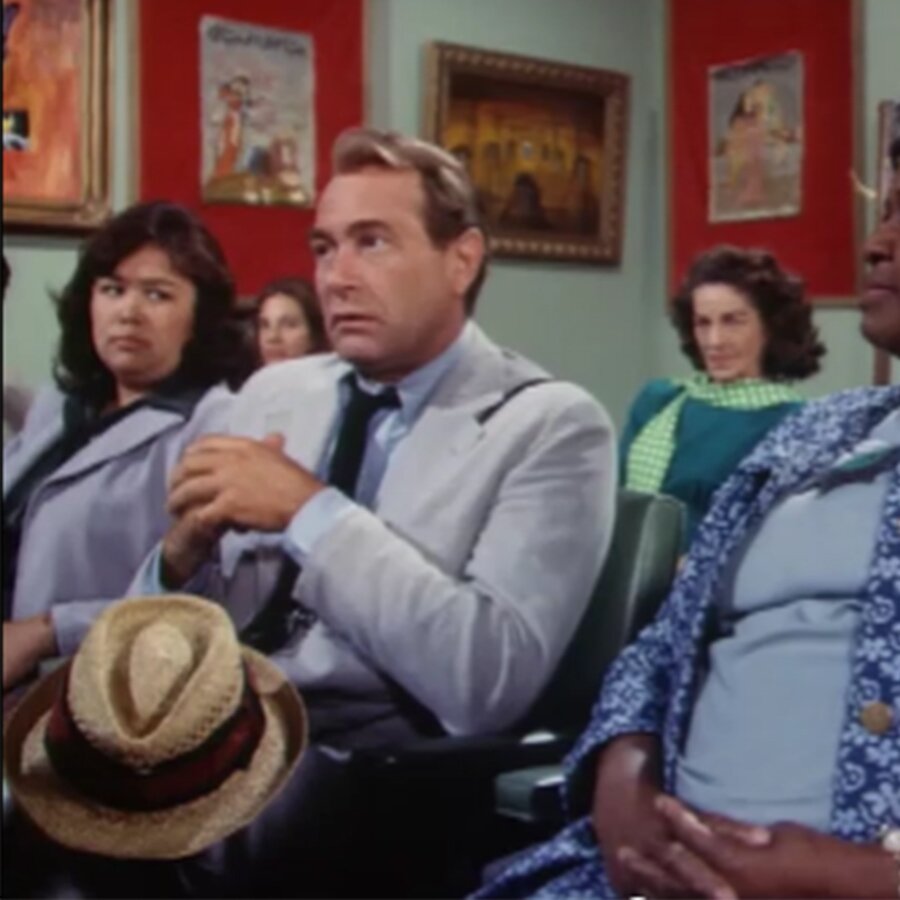 Nurse Kellye is a beloved M*A*S*H fan favorite. Who doesn’t love her “I happen to be cute as hell” speech to Hawkeye in “Hey, Look Me Over”? In Kolchak you can spy her in an uncredited background role as a lecture attendant — she’s the one giving Kolchak some serious side-eye for asking ridiculous questions. 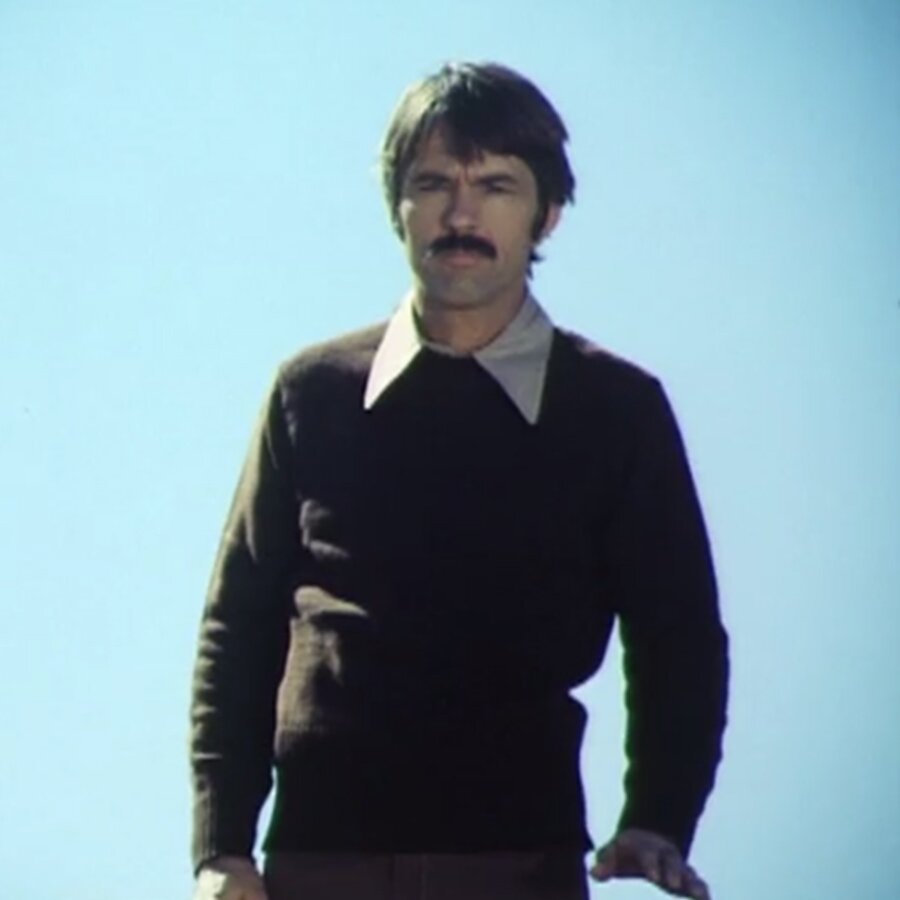 Okay, we’re cheating a little with this one. Skerritt wasn’t on M*A*S*H the TV show, but he was in the 1970 movie the show was based off, so we’re counting it. On Kolchak, he gets to play a role with real teeth, as an aspiring politician whose opponents have a funny way of getting into unfortunate “accidents”. The Office: Top 10 episodes of the hit sitcom ‘Gunsmoke’: Amanda Blake’s Record for Playing Same Character Longest Time Has Only Been Surpassed by One Actress ‘The Andy Griffith Show’: Why Did Andy Go By Andy Taylor on the Show?